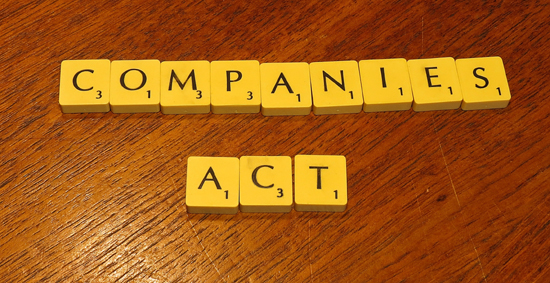 The subject of directors’ remuneration has been a contentious point for some time now. The Companies Act of 1973 distinguished between executive and non-executive directors. The 2008 Act does not make any distinction.

This distinction raised many practical problems. One issue in particular presented a significant contradiction.

Executive directors are also employees of a company. In their capacity as decision-makers on behalf of the company, directors would inadvertently also regulate matters that have a direct influence on employment policies and employee remuneration.

The following practical example best illustrates the problem with this conflict presented by ineffective legislative provision.

Dell v Seton South Africa Pty Ltd and others JA 22/09was an unreported case heard by the labour appeal court. An employee who was also a director adjusted his salary without appropriate authority or disclosure to the company. The company instituted a disciplinary procedure which resulted in the director’s dismissal. The director appealed the ruling.

“it should be implied in a contract of employment that an employee in the position of the respondent owes to his employer a fiduciary duty to at all times work in the interests of the employer and not against the employer’s interests. The appellant in this case by virtue of his employment relationship was an agent of the respondent and must act in the interest of his principal. I am mindful of the fact that breach of the fiduciary duty would depend on the facts of a particular case.”

Under the Companies Act61 of 1973 (referred to here as the ‘old Act’)and in Brown v Nanco (Pty) Ltd 1976 3 SA 832 W, when a person is appointed as a director, he or she did not consequentially become entitled to remuneration on appointment. In addition, even if the articles and memorandum of the company permitted or prescribed remuneration of directors, this would not be legally enforceable as these documents were not seen as a contract between the director and the company. This means that the articles only guide directors’ rights of remuneration. The directors’ rights to remuneration are determined by the existing contracts between the company and the director, such as the contract of employment or service agreement.

In addition, the old Act, particularly in section 179(2), stipulated that directors’ remuneration was something to be agreed at an annual general meeting (AGM). In the case of an executive director, the amount of remuneration was decided at an AGM and then legally codified into the director’s service agreement. Although under the old Act it was an offence to not have an AGM, in many cases the articles and memorandum stipulated remuneration without any service agreement between the parties being in place.

Remuneration of directors as business to be transacted

In the new Companies Act 71 of 2008 (referred to here as the ‘new Act’)the provisions relating to the general meeting have remained constant. It is no longer compulsory for all companies to hold an AGM. Section 61(7) states that it is compulsory for public companies to do so.

Section 15(6) of the new Act has changed the conditions for directors’ remuneration. Under the new Act, the memorandum of incorporation and the governance rules are a legally binding contract between the company, its shareholders and its directors.

In addition, section 66 states that for remuneration to be paid, the shareholders must have passed a special resolution within the previous two years. This condition means that the proposed resolution must have more support than was previously required. The company’s Memorandum of Incorporation should regulate directors’ remuneration more effectively, even in the absence of a service agreement.

An additional factor to these developments is the King III Report, which took effect in March 2010 and should apply to all companies of any size. The report recommends that companies establish a remuneration committee whose responsibility would be to establish related policies and to advise the board and shareholders.

With the changes in legislation, it is crucially important that companies observe the provisions of the new Act, as well as instituting policies to regulate the remuneration of directors.